Ronaldo brought the first trophy for Real, "The Blancos" hit Chelsea with 3:1 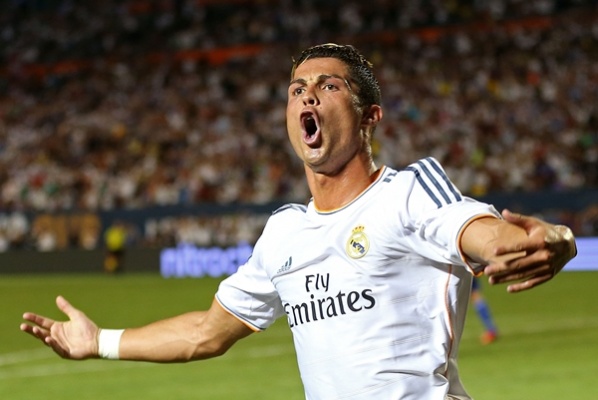 Cristiano Ronaldo played a key role in winning the first trophy for Real Madrid this season. The graduates of Carlo Ancelotti prevailed with 3:1 over Jose Mourinho and company in the finals of the Championship International Champions Cup, which was played in Miami. Ronaldo scored two hits for the Spaniards.

Marcelo found for "the Blancos" still in the 14th minute but the Londoners quickly restored equality after Ramirez was accurate three minutes later.

After 31 minutes Ronaldo perform a perfect free kick to give new lead to his team, and at the beginning of the second part of the win of Real Madrid after the goal with a header.

The Spanish youth international Alvaro Mora, who is wanted from Tottenham as part of the deal with Gareth Bale, realizes fourth goal for the "Royal Club" in the overtime of the game, but the goal was rightly annulled out for offside.

Earlier, AC Milan overcame with 2:0 Los Angeles Galaxy and took third place in the race. Accurate for the "Milan" was Mario Balotelli and M'Baye Niang.