From Arsenal, Harry Kane was kicked out because he was not athletic 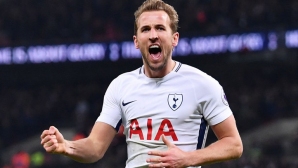 Former Arsenal academy director Liam Brady admitted that the club had freed eight-year-old Harry Kane since he was chubby and not athletic. The very top scorer recently described this episode as `the best thing` that happened to him. He was a bit full and he was not very athletic, but we made a mistake, and Tottenham finally let him out in low-budget clubs three or four times, and thanks to his determination he made an incredible career he deserves. has a character that makes him constantly evolving, and after Mesi, Ronaldo, and Lewandowski he is the next best striker, the statistics speak for themselves, and it`s only 24 years old, `says Brady.