Ronaldo and Zidane will meet on Tuesday to resolve the ambiguities 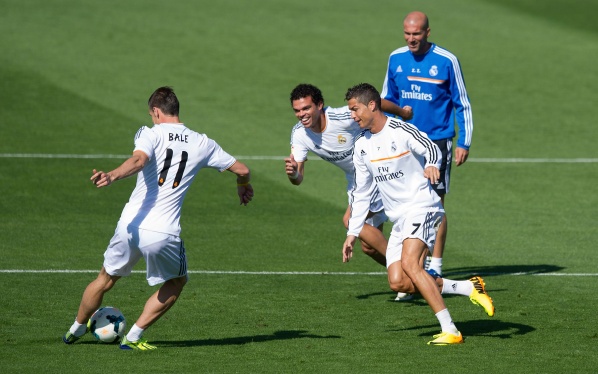 Real Madrid footballer Cristiano Ronaldo and the assistant of Carlo Ancelotti - Zinedine Zidane will meet on Tuesday to resolve the ambiguities between them. On October 15, the Portuguese player, who was released from the camp of the national team, will be available for his club team, informs As.

Cristiano Ronaldo has remained extremely offended by the words of Zinedine Zidane that the Golden Ball this year should be given to Franck Ribery.

The Portuguese player is also a contender for the prize.

In his speech, the former French international break the club Ethics in Real Madrid. That is why it is possible Zinedine Zidane to offer his apologies to Ronaldo at their upcoming meeting.