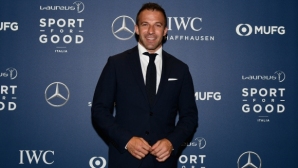 Juventus`s legendary 10th Alessandro Del Piero commented on UEFA`s decision to award Luca Modric`s Champions League winner and not Cristiano Ronaldo. The former captain of the `bianconers` said he did not approve of the lack of the Portuguese in the hall.


It`s normal to be angry, but not to attend the hall is another thing. It was right that the award be given to Luca Modric, not to Ronaldo. If he had gone to the hall, there would be no controversy. I do not know what happened. I only know I would be angry if they did not give me the reward, but I would certainly be here. Modric received the award deservedly for what he did. Ronaldo also made a very strong season, Del Piero began.


The former Juventus captain commented on Ronaldo`s expected goal in the Italian championship. CR7 is still having difficulty finding his goal in Calcio.

Protection in Italy is one of the best in the world. I would even say it is the best. In Italy, everyone gathers in the penalty area. Ronaldo generally plays stronger in the second part of the season. The Champions League will be different. There is much more space to open in Europe. The teams want to hold the ball longer and open spaces for the counterattack. How many goals did Ronaldo score in Real Madrid in the counter? Even in the final against Juventus he scored in this way, finished the legendary captain of Juve.