Bale to Ronaldo: Do not leave Madrid 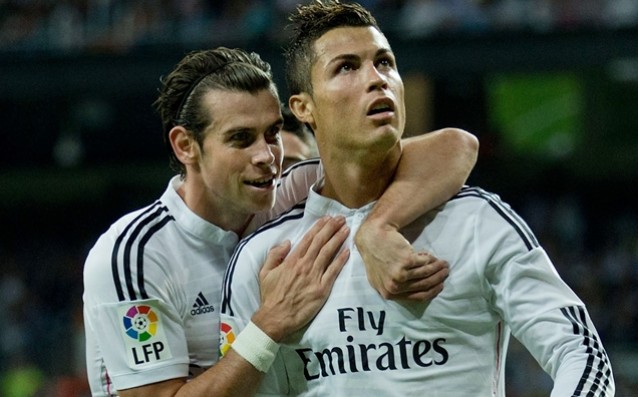 Gareth Bale was adamant that he doesn't want to see Ronaldo leaving Real Madrid to return to England. Both stars are actually associated with a possible transfer to Manchester United.

"Definitely not," said Bale, asked about his opinion. "He shows year after year, that he is a world class player. Apparently he is a player who we would not like to see leave. Of course I want him to stay at Real Madrid, "said Gareth Bale.

He dismissed the rumors that he could leave the European champions this summer. "I signed a six-year contract and does not intend to leave," said the Welshman, who wants to concentrate on the European qualifications with the national team.

"We have huge potential. We want to make history with Wales and qualify for major championships. We started well in the group and I feel that this is our moment, "said Bale.