Ronaldo: It remains for me to get better 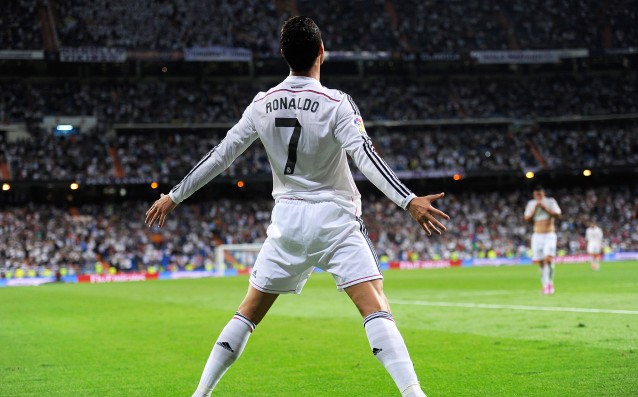 Real Madrid striker Cristiano Ronaldo said that what he hath but at present is only to improve his own form.

"Thank God I can say that the things in my life get better. I enjoy good health, good family, my career is going great. It will be unfair to say that I'm unhappy. Now it remains to just get better, "Ronaldo began.

As for the Golden Boot and generally the individual trophies after those 31 goals in La Liga, the Portuguese said: "The individual awards are the result of the achievement of collective goals. Last season was fantastic for us. We won the Champions League Cup, the European Super Cup. Golden Boot is award that is being given to the player who performs well in the strong composition where he is competing. I can not lie. Actually, I wanted this distinction. "

The coach in Real Madrid of Cristiano Carlo Ancelotti said on a press conference before the match with Ludogoretz in Sofia that the winner of the Golden Ball is the best player with whom he has worked ever, Ronaldo himself replied of the good words, as the Italian was commented as follows: "Ancelotti is perfect. Does a great job. He's an amazing person, a great coach, we are delighted. "

"Lionel Messi is part of my life. It is normal for people to compare us. I'm used to," ended Cristiano Ronaldo.