Division: Ronaldo and Suarez will not receive together the Golden Boot 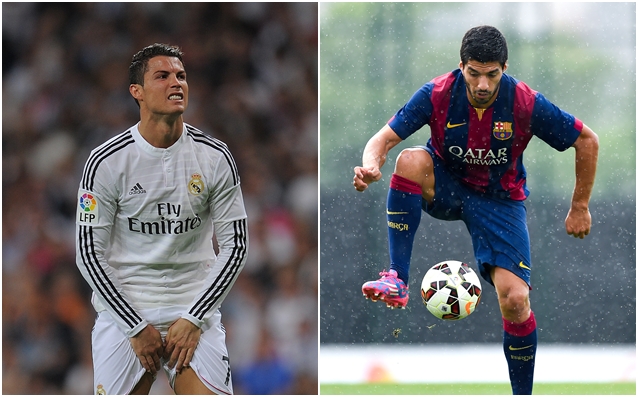 The attackers of Barcelona and Real Madrid, Luis Suarez and Cristiano Ronaldo, who share first place in the scorers chart for the past season, will not receive the Golden Boot together. Such information spread Mundo deportivo, as revealed that Barcelona striker, who won the prize after 31 hits with Liverpool in past campaign will be awarded next week on October 15th in the Catalan capital.

The initial idea was and Cristiano Ronaldo, who also has 31 goals in his account, to attend the event, but that will not happen.

The winner of the Golden Ball has pointed out as the reason his personal commitments that prevented him from taking part.

So organizers have reached a compromise in which Suarez will receive the award on October 15th and Ronaldo to be honored with the award in November.