Ancelotti: Ronaldo did not score because of bad luck 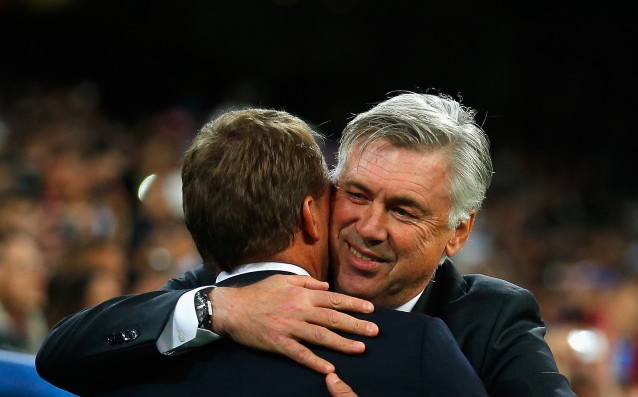 The coach of Real Madrid Carlo Ancelotti said that Cristiano Ronaldo has not scored in the match against Liverpool on the fourth round of the Champions League because of bad luck.

As is known, the "kings" won with 1: 0 over the "Merseysiders" at their "Santiago Bernabeu" and the only goal was made by Karim Benzema.

"Well controlled the match with Liverpool. We tried to score a second goal, but it didn't happen, "Ancelotti began.

As for that Cristiano Ronaldo failed to equal the record of goals scored of Raul in the Champions League (71) and remained one behind him, the Italian said: "Cristiano played well, combined well. He didn't score, however, because he had bad luck. Sooner or later he will improve that record. "

"Bale did well. Made a good game. I think he is now ready for a whole match, "ended Ancelotti.