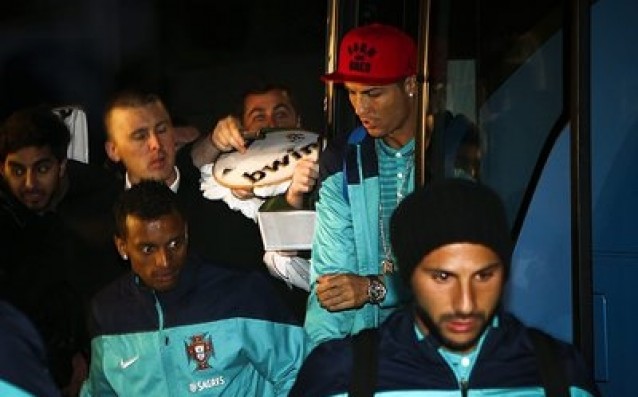 Media and the fans besieged Cristiano Ronaldo in his return to Manchester. Real Madrid star arrived in the city, where started his great career with the Portuguese national team.

29-year-old will play for the second time at "Old Trafford", having moved from Manchester United to Real Madrid in 2009.

Used with the huge interest, Ronaldo was calm at the airport in Manchester, despite the euphoria. Exported from the police to the team bus, he found time for a little autographs and photos.

Portugal plays against Argentina in a friendly match at "Old Trafford" on Tuesday. The match except a meeting between two strong teams naturally is expected because of the clash between the two best players in the world in recent years - Ronaldo and Lionel Messi.