Cristiano: It is dream come true to lift the Tenth in Lisbon, Ancelotti is a fantastic 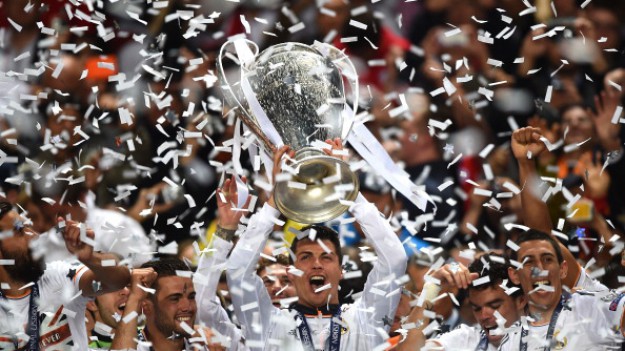 The Great Real Madrid star Cristiano Ronaldo said that it is a dream to win the Champions League in his country. According to the Portuguese "The White" fully deserved the win over Atletico Madrid because of the more insistent game in the final.

"It was an amazing night - to win the "Tenth "here in Portugal, in front of this great audience. This is something I've been waiting many, many years, so I'm very pleased and happy. I think we deserved the victory as we played better than Atletico. The whole time I believe that we win, although we all know that we were lucky to put in 92nd minute. We deserve to realize four goals because we created so many chances and controlled the ball all the time.

Every year I try to give the best of myself - to score goals and help the team. Maybe this season, however, is one of the most successful for me because we won the Copa del Rey, Champions League, and I took the Golden Boot. It was a dream for me. I'm very proud to win the trophy here in Lisbon, where began my career as a player of Sporting.

Ancelotti is a fantastic coach and a person, so he deserves this success, "said Cristiano.