Ronaldo and Messi will compete who is better at "Old Trafford" 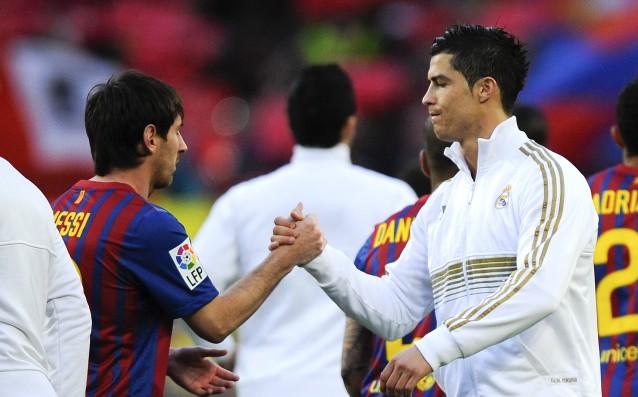 Cristiano Ronaldo and Lionel Messi will compete on the field and on a national level on November 18th at "Old Trafford". Their native selections of both players - Portugal and Argentina will play a friendly match with each other in that date.

It is expected that the stars of Real Madrid and Barcelona to take part in the game, and that will surely grab the attention of fans.

The rivalry between Messi and Ronaldo is notoriously for a long time, as a traditional audience of the King of sports enjoy the great battle where facing each other out Real and Barca.

A curious moment, however, lies in the fact that Ronaldo will return to the Theatre of Dreams, where years ago along with Manchester United, he started his way to the big football. It is well known that Ronaldo is an idol to the fans of "Red Devils" who constantly urged him to return to the team. So in any case is expected the striker of the Royal Club to be welcomed like a God in Manchester.