Ronaldo scores from a penalty only against Barca at "Bernabeu" 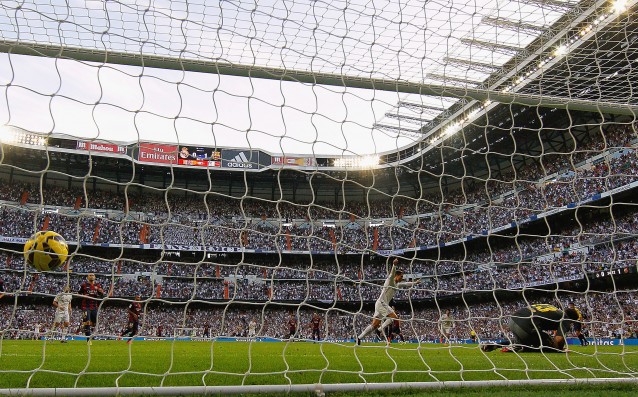 Cristiano Ronaldo scored only from penalty shootout against Barcelona at "Santiago Bernabeu" in La Liga matches between the two teams. This shows the statistics. Ronaldo has no goal from game situation.

Ronaldo scored the tying goal for Real Madrid in the win with 3:1 against Barcelona in the ninth round of La Liga. The Portuguese realized in the 35th minute penalty kick in favor of "white ballet". It was the third goal for Ronaldo in the match against Barcelona at "Santiago Bernabeu" in La Liga.

The previous two goals for Ronaldo are again from penalties. In the 2010/2011 season Cristiano scored penalty kick for Real Madrid in 81 minutes to level the score after having Lionel Messi opened the scoring for Barcelona.